To commemorate these events, the Friday Center, in partnership with the Choral Society of Durham, will offer a performance of Holocaust Cantata, a musical composition created by composer and conductor, Donald McCullough, on Sunday, November 8.

Based on the research of original music sung by incarcerated inmates in Holocaust concentration camps, this 40-minute cantata is an emotional, musical journey through one of the bleakest episodes in human history. Working from translations of original Polish materials found in the archives of the United States Holocaust Memorial Museum in Washington, D.C. and starting with just a single line of melody, the cantata offers a choral tribute to the 6 million Jews who were systematically persecuted and murdered as well as to the millions of other individuals the Nazi Party classified as “undesirables,” including Poles, Romanian gypsies, homosexuals, transsexuals, political opponents, religious dissidents, the mentally ill and the physically disabled. What emerges from the insanity of one of history’s worst examples of man’s inhumanity to man is a sense of music’s life-affirming power.

The event will include a historical overview of events during this time, followed by the performance. The cantata consists of 13 movements that alternate between music and readings from prisoner’s writings and letters – which gives opportunity to involve members of the community who are family members of former prisoners in the camps. We may, if time allows, also open the floor for attendees/survivors to reflect and share.

Following the performance, a modest reception will be held in the Atrium.

Register here to attend this concert ($10) 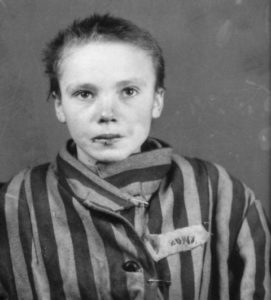